Video quality in terms of television shows and home video has taken a number of substantial leaps forward in the last few years. For many decades, the maximum resolution of a TV set was 480i, which is also now commonly referred to as “standard definition.” In the mid-1990s, things took a big jump first to 720i and then to 1080i, or true high definition. As consumers, we are now standing on the precipice of yet another jump in quality in the form of UHD, or “Ultra HD.” Officially, UHD has a display resolution of 1920 by 1080 pixels, which is significantly higher than traditional high definition content. The obvious question then becomes – do TV antennas have a place in a UHD world? The answer may surprise you. 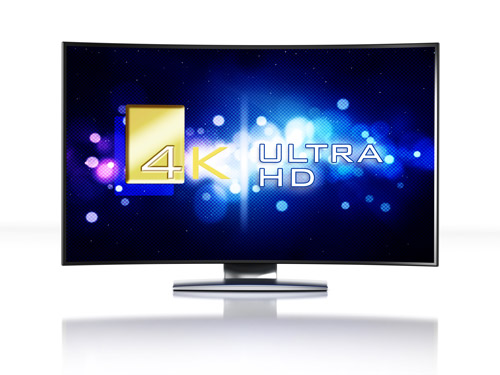 The answer to whether or not TV antenna installation is still worth it in an age when more homeowners have UHD television sets is simple: yes they do. Remember that just because over-the-air programming isn’t being broadcast in a way that allows you to take advantage of the increased resolution of your UHD TV set today doesn’t mean that a shift won’t happen tomorrow. There was a time when all over-the-air broadcasts were transmitted in 480i standard definition before the country switched to 1080i quality over a decade ago. It is possible for the same type of shift to happen with the next level of resolution, it just hasn’t happened yet. As UHD TVs become more and more prevalent in Australian homes, rest assured that it will be a question of “when” not “if.”

Another important reason why TV antenna installation still has a place in a UHD world has to do with the technology built into the TVs themselves. While it’s true that a UHD TV can take advantage of a much higher resolution than traditional HD, there isn’t a huge amount of content available just yet to really put your fancy new TV set through its paces. No home video format exists with such a heightened resolution, for example. Because of this, TV manufacturers have built upscaling technology into each of the sets to address this concern.

With upscaling, the TV will receive a 1080i high definition signal and will “fill in” some of the gaps in the resolution in order to approximate a UHD image. This means that your Blu-ray home video discs, your DVDs and even your over-the-air broadcasts are all automatically being made to look better every time you turn the TV set on. Just because over-the-air broadcasts right now aren’t taking advantage of the 1920 by 1080 pixel display resolution doesn’t mean that your TV isn’t hard at work trying to get you as close as possible.

By investing in the right type of TV antenna installation now, you’re making sure that you’re prepared for a future where UHD and even 4K resolutions for home broadcasts become the norm across the country. For all your TV antenna installations in the Brisbane area contact Picture Perfect Aerial Installations today. Our highly trained technicians can troubleshoot TV reception problems; install home theatres and wall mount TVs in the Caboolture and Sunshine Coast areas.