Until the mid 1970s, the overwhelming majority of TV shows enjoyed in Australian homes were imported, particularly from the USA. British TV has always had a slice of the ratings pie in Australia, however, so if you’re planning a new antenna installation or home cinema to make the most of new TV viewing options, here are the British shows to look out for. 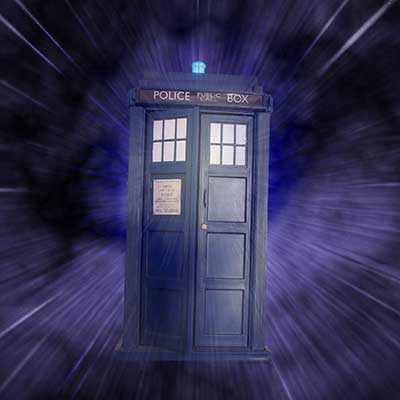 Doctor Who celebrated its fiftieth birthday last year and is the UK’s most enduring TV export. Sci-fi shows from Star Trek to Heroes all owe a great debt to this groundbreaking family-friendly TV drama. A fantastic cast, ageless leading man and witty scripts have helped to regenerate the series for each new generation.

Steven Moffat, the executive producer of Doctor Who, is also behind the hottest British TV export of recent years, Sherlock. Helping to launch Benedict Cumberbatch (Sherlock) and Martin Freeman (Watson) into another galaxy of acting stardom, this latest reincarnation has a glossy edge. Clever use of on-screen graphics, slick directing and smart dialogue all add to the quirky charm.

A final drama offering from the BBC is the dark and brooding Luther. Idris Elba, who found success on the other side of the Atlantic playing Stringer Bell in The Wire, bemoaned the lack of good UK TV roles. In response, the BBC crafted this tailor-made detective series around him. Emotionally and morally complex and seemingly filmed entirely on grey days in concrete jungles, the show has a distinctive visual look and will have you rooting for the anti-hero.

Downton Abbey is a world away from the grit of Luther and the slick edginess of Sherlock. This is British TV as most people imagine it: cosy, beautifully filmed period drama, perfect for a cold night in on the sofa. Downton Abbey distinguishes itself from the usual period pack with an excellent cast, skilled scripting and a soapy style of story-telling. Unlike most period pieces, it also has the benefit of not following a classic novel for its plotting and characterisation. Hugely successful around the world, Downton is the type of programme that wouldn’t, and probably shouldn’t, be made anywhere else.

Format is the buzzword in television right now and, although you might not realise it, it’s where a lot of TV companies really make their money. Australian Idol, The X Factor, Australia’s Got Talent; they are all based on formats dreamt up in the UK and then sold worldwide. While they may not feel British when they appear on our screens, British TV shows currently make up around half of all TV formats sold worldwide, and it’s a big business. From Masterchef to Dancing With The Stars, there is a fair chance that even if there isn’t a British accent to be heard, there’s British ingenuity behind some of the shows you watch every week.