We call our new antennas that are optimised for use with digital channels “digital antennas.” However, it’s true that older antennas can pick up digital signals. They’re just not usually as good at it. They may give you poor reception or be unable to tune into some channels at all. Why is this? It’s because digital antennas are designed to pick up the frequencies that dominate on digital TV and because they can bring in adequate signal strength to tune into a digital signal.

It’s about sensitivity to high frequencies

Digital and analogue TV signals are not two completely different things. They’re both carried on radio waves at a range of different frequencies. However, with recent advances in communications technology and with the advent of digital television, there have been some shifts in the frequencies that are being used to carry the TV signals. The lower end of the VHS band is now dominated by two-way communication. Digital television is, on average, higher frequency than the old analogue signals. The best geometric design for a TV antenna is highly dependant on the frequencies it’s meant to pick up. Digital antennas are designed for higher frequencies.

Another difference between an analogue signal and a digital signal is the way it degrades on your TV screen. A poor quality analogue signal is still a watchable signal. Sure, it may be a bit grainy. However, you can still get the content of the TV show you’re watching, even with a poor signal. Digital is different. Rather than gradually becoming less clear as the signal strength reduces, a digital signal will simply stop displaying at all. With digital, picture quality is much more all-or-nothing. So, a weak signal will never cut it with digital. You may have been putting up with a poorly tuned analogue setup for years and barely noticed. Now, you’re going to have to fix that or you’ll lose channels. 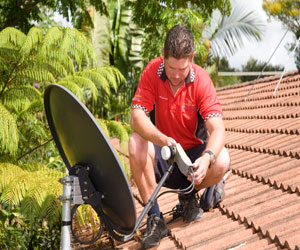 In order to get the strongest possible signal, digital TV requires a much more careful placement of the antenna. So, there are two things we can do to get your digital signal tuned in properly: optimise the antenna’s placement and orientation and optimise the antenna itself. If your current antenna just needs a move, a boost or a rotation, that’s what we’ll do. We’re not going to sell you a new antenna if you don’t need one.

Sometimes, you do need a new antenna 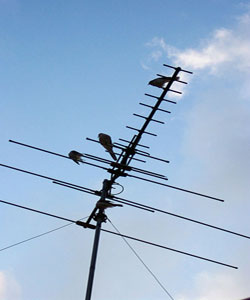 However, sometimes you do need one, and it’s not always because of frequency optimisation. If your current antenna is rusted, cracked, broken or excessively dirty, then it’s probably time to replace it. Chances are, it is not going to give you good enough signal strength for digital TV. If you’re still depending on an indoor antenna, then a digital antenna on your wall or roof is probably a must for you.

At Picture Perfect, we’re not in business to sell you a new antenna you don’t need. We’ll assess your current situation before making a recommendation. If your present antenna just needs a bit of adjustment in order to work well with a digital signal, we’ll make the adjustment. If you really could benefit from a new antenna, then we’ll lay out your options and let you decide on the best way forward.