Problems with the direction of your TV antenna, issues down at the station and even a severe weather pattern are all common and widely known causes of bad TV reception and poor picture quality in general that we see at Picture Perfect Aerial Installations . Some of these issues are things that you can fix on your own, while some are beyond your control. Despite this, there are a few strange causes of these issues that are not as widely known but are just as pressing. The next time you suddenly have to deal with poor TV reception and aren’t sure why, one of these odd scenarios may just end up being the culprit. 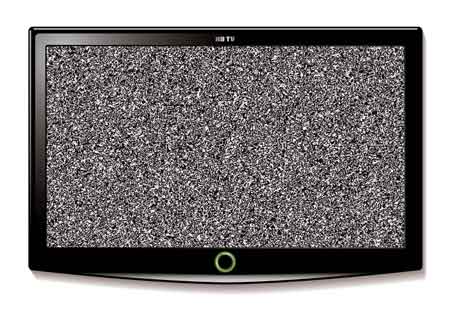 Because so many modern day television sets use LED technology as the backbone for their screens in the first place, you may not immediately expect that those fancy new LED lights that you just bought would be causing TV image quality issues. However, this is actually a common occurrence that more and more people are running into. If you suddenly have to deal with a loss of picture quality and either you or even your closest neighbour have recently installed low quality LED lights, they will likely be to blame. The same LED lights can also cause reception issues with digital radios.

One of the most common causes of impulse noise (which is essentially a short but powerful burst of energy that can result in poor image quality on your TV for several minutes or more) actually has to do with your pool pump. More specifically, the issue has to do with the thermostat that is controlling that pool pump and the signal that it is always broadcasting to nearby pieces of equipment. Your TV antenna should be able to block out unwanted signal information from these types of devices, but unfortunately that isn’t something that you’ll always be able to depend on 100%.

Many modern day pieces of tech gear are wireless, which is great for people who don’t want to have to run cables all through their house just to keep everything on your home network. The potential issue that you’ll run into, however, is that if that fancy new wireless router or media centre you just bought is broadcasting on a frequency that is close to the one your TV antenna is trained to look for, you’ll likely run into picture quality issues as a result. Try to make sure that none of your devices like routers, networked home theatre receivers, projectors and more are using the same frequency as the TV antenna that you rely on for your favourite shows and movies.

These are just a few of the many admittedly strange and yet surprisingly common things that can cause poor TV reception and picture quality in general. It’s always important to remember that as advanced as technology may be, there are always a few quirks that we’ll have to deal with every now and again. Considering how easy many of these issues are to fix and the fact that the end result is the type of stunning picture quality that puts the TVs of decades past to shame, you’ll likely find that having to put up with a few oddities here and there is more than worth it. If you’re experiencing TV reception problems, why not call the experts at Picture Perfect.

Why Do You Need a TV Antenna If You Have Cable?