Fifty years ago, to great fanfare, the BBC launched its second channel, BBC2 — except, it didn’t. Just as the channel was due to go to air, there was a power cut and a nation of eager British viewers turned over to a blank screen. Thanks to secondary power supplies in another BBC building, a newsreader briefly explained what was happening to a baffled audience before postponing the launch until the following evening. Pondering broadcasting disasters like this got Picture Perfect thinking. What would be the TV worst-case scenario? When would the worst possible moment be for your antenna installation or digital TV to fail? After all, digital television with bad reception doesn’t go fuzzy. It goes blank. 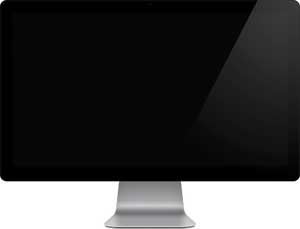 With the Soccer World Cup a few weeks away, we’re imagining that first round meet-up against current champions, Spain. The Socceroos, confident and energetic as ever, are running rings around the Spanish squad, who are tired after a full European season, Champions League matches and all that dressing room preening. But hey, this is Spain, so it’s the 89th minute, the score is 0-0 and Australia are going for the final push. Mile Jedinka passes to an unmarked Tim Cahill just outside the box and he’s got a clear shot on goal. He’s winding up, aiming for the top left corner and… Blank. Nothing.

With an event like a football match, there might be a chance you could figure out what had happened from the sound of neighbours cheering and horns honking. Plus, there would be the advantage of replays and highlights later in the day. But if it’s a TV talent show you’re watching, missing out on the result could be even more frustrating. Whether you’re Team Will, Team Kylie, Team Joel or Team Ricky, discovering the winner of The Voice is a top TV moment. Glitter, tears and ticker tape don’t pack the same emotional punch on replay, so if your favourite singer is still in with a shot, missing out on the final result will be misery until you can find out online who claimed the spoils.

Masterchef Australia is one of Network Ten’s biggest ratings smashes. Based on a show that, as fate would have it, was originally aired on BBC2, imagine a TV or power failure during the season finale of this tense cook-off. The 2014 series has just begun, so we’re close to finding out the winner from the thousands who applied. If you’re a keen amateur cook or just a fan of the talent-show contest with real talent on show, it would be pretty hard to take missing out on the final morsel of food that seal the book deal, money and kudos for the winner.

Have all these TV horror stories brought you out in a cold sweat? Got a flickering image and a fear of missing out on TV gold? Call Picture Perfect’s team of technicians for a free, no obligation quotation for antenna installation, home cinema set-up and TV tweaking. We operate all around Brisbane and along the Sunshine Coast, and 20 years of experience means we can fix problems fast, in plenty of time for that grand finale or big game moment.

Is TV Ever a Shared Experience Today?